This was my first time working with yeast outside of using a bread machine. I promised myself I wouldn't get frustrated which was a good thing because my first yeast packet didn't bubble like it was supposed to so I started over by proofing it first then adding it to the other ingredients. Second time was a charm and all the other steps was a cinch after that. I used a white chocolate ganache for the frosting rather than what the recipe called for but next time I'm going to try the butterscotch glaze. 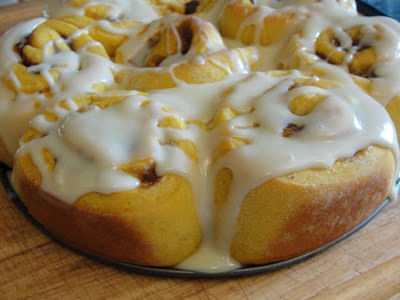 These taste even better than they look. 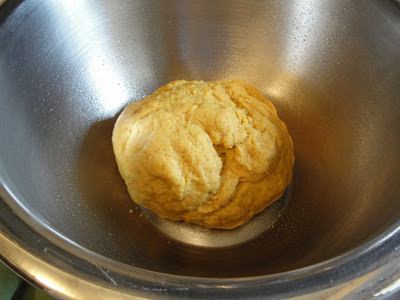 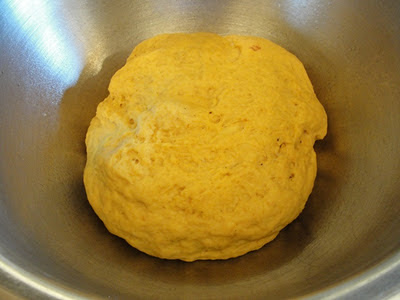 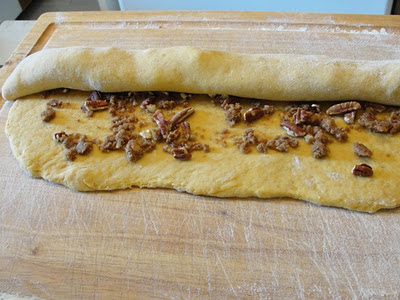 I added pecans before rolling it. 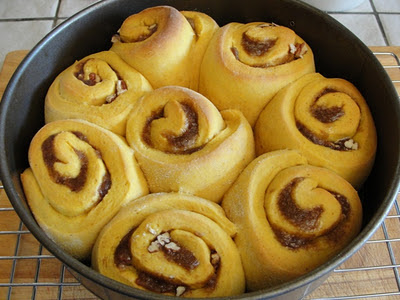 Hot from the oven and ready for white chocolate goodness. 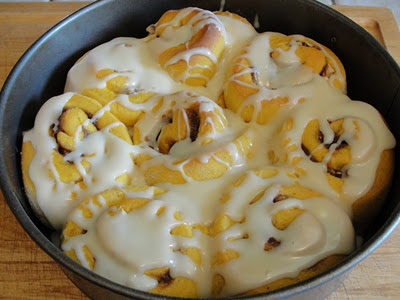 So yummy.
I had to stop myself from eating the whole pan by myself.

The recipe I used is from Sugar Plum.﻿
Posted by AllThingsYummy at 4:58 PM