I should have watched the Alton Brown tutorial before I tried this, not after! I really didn't think it was going to be that difficult. Simmer water, add vinegar, drop in egg, cook, then remove egg. I was so very wrong. It's not simple. It's frustrating, wasteful and a little gross. 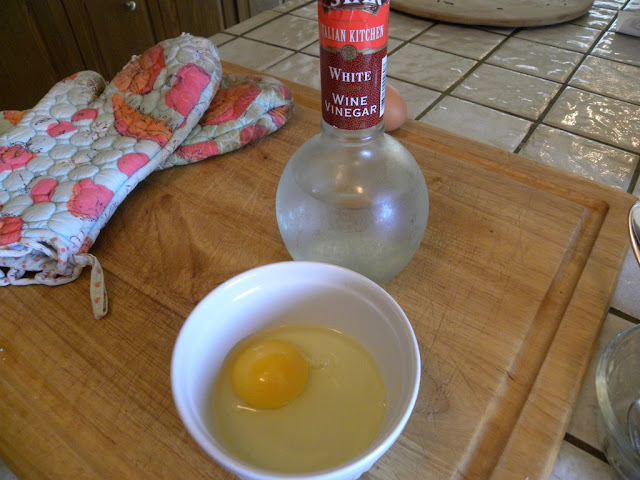 Sunny little egg, ready for the pot. Aren't my oven mitts cute? I got them at Anthropology years ago. I've since burned, stained and ripped them but they're still in good shape. 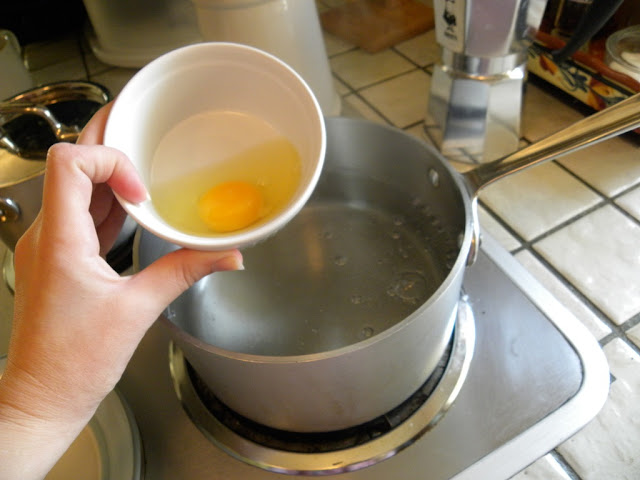 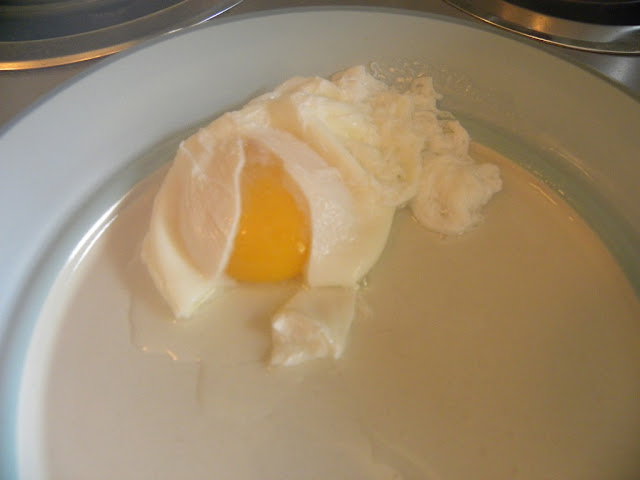 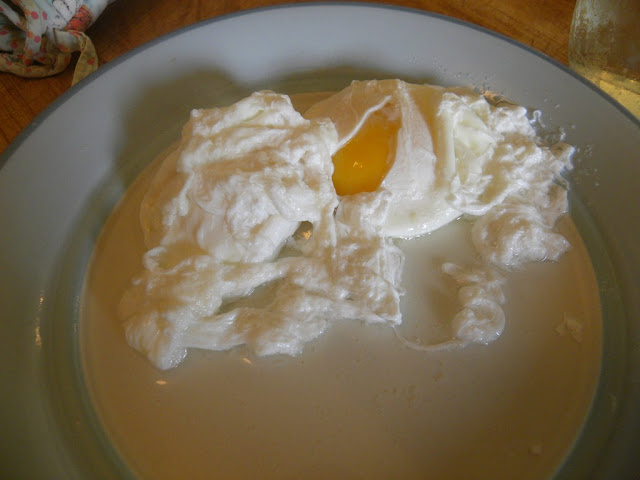 Somewhere in that gross mess is egg failure number two. So, I've watched the tutorial and hopefully have learned from my mistakes. Maybe next weekend I'll try again.

Have you ever poached an egg? How did it turn out?﻿
Posted by AllThingsYummy at 11:00 AM