Saturday Night- we were originally going to have a date night at Bistro 13 but at the last minute I decided I really wanted to cook. The night before I had stayed up late watching French Cooking by Laura Calders (it's on the cooking channel and is such a great show) and she made a bleu cheese steak that looked wonderful. So, we headed to Traders Joes and while were were there I made an impulse buy, well several impulse buys because I felt I MUST have a cosmo while I slaved in the kitchen. My husband doesn't drink much but makes great martinis so he offered to do the mixing. 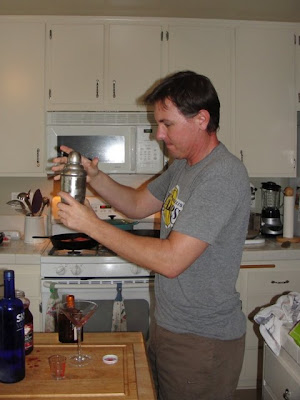 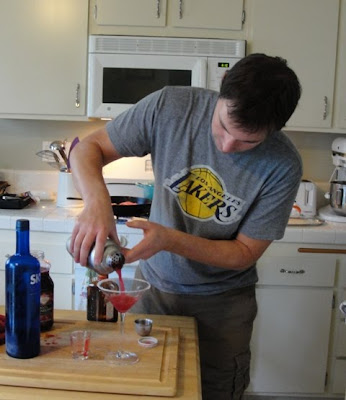 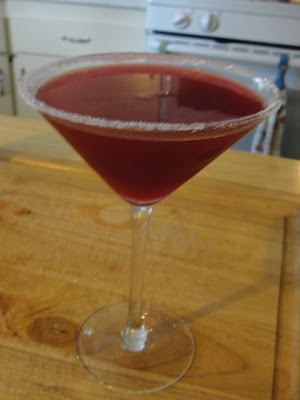 Sorry, for the blurry martini photos, I really need to read the camera manual. It tasted much better than it looks. 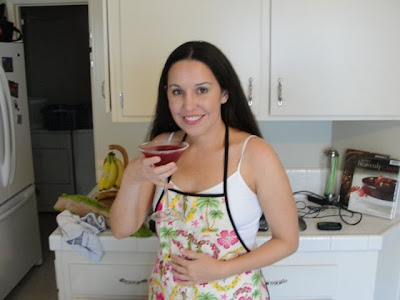 These are cookies I made to take to the office- Cinnamon Mocha Chocolate Chip. Just thought I'd throw this one in here. It's from a cookbook I checked out at the library Absolutely Chocolate. 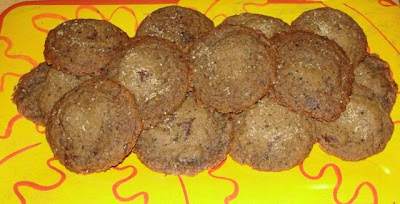 On to the dinner, the steak is seared on the stove and then finished in the oven. While that was cooking and then resting, I made a nut pasta. In the food processor, pulse together: parsley, mint, pistachios, almonds and pine nuts. Add to cooked pasta with plenty of olive oil, salt and pepper. Yum! Also, my go to salad with croutons and balsamic vinagrette. 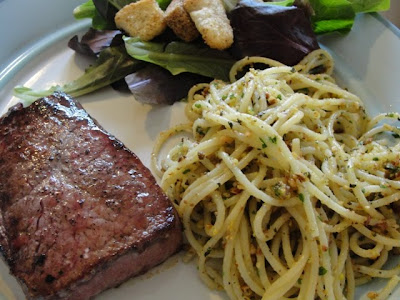 Bleu cheese sauce, it doesn't look appetizing in a photo, but trust me it's super good and super easy. In a pan, melt bleu cheese and cream together. That's it. 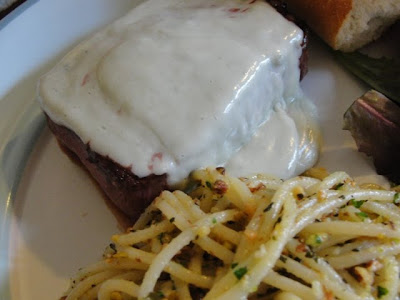 Dessert is found on the blog For the Love of Cooking. It is a Blueberry and Lemon Curd Galette with Vanilla Whipped Cream. We were so eager to eat this I completely forgot to photograph it with sliced and topped with whipped cream. Oooops. 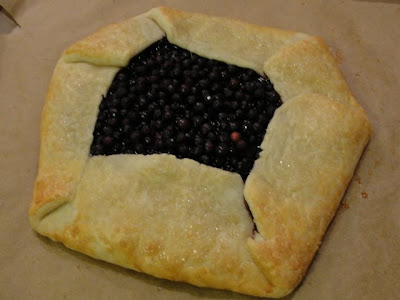 Posted by AllThingsYummy at 9:29 PM