I must admit, I rarely eat fish. It's just not something I crave. But, my husband enjoys it so when I was offered the chance to review Van de Kamps I was excited to try it out. I tried the garlic butter tilapia which I served with salad and potato/zucchini cake (post to follow). 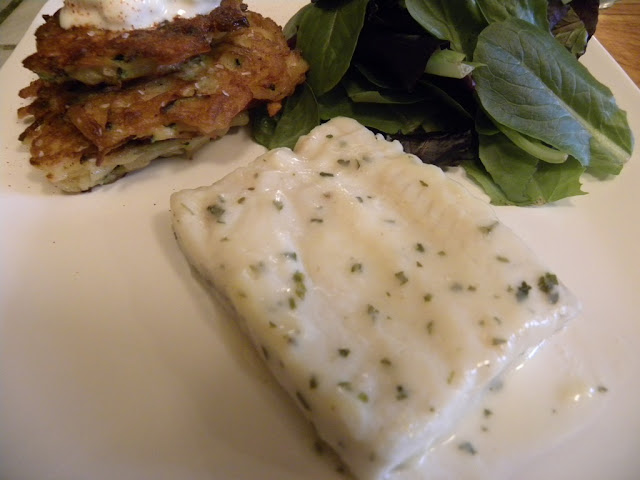 The fish comes frozen in parchment paper which you bake and serve. The parchment paper was a great baking method since it locked in moisture and the fish cooked evenly. My taste verdict- I didn't care for but that's because I don't really care for fish other than ahi tuna. My husband's taste verdict- "it's good as far as frozen fish is goes." So while we probably won't be buying this again, I did pick up a box of Van de Kamps fish sticks, because who doesn't like fish sticks? 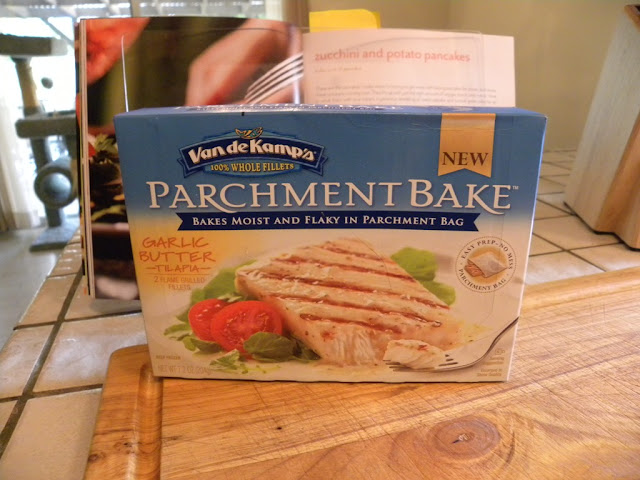 As part of the Foodbuzz Tastemaker Program, I received Van de Kamps Parchment Bake.
Posted by AllThingsYummy at 4:46 PM